We are absolutely flabbergasted by this story.

A court has recently found that in early December 2008 Dr Brown botched an operation on a 61 year old female patient, and then botched her aftercare to the extent that within 4 days she had died an agonizing death, prior to which there had been times when she had  been vomiting faecal material, something which Dr Brown somehow managed to miss. I can imagine that there are people SO angry about this, and perhaps we are some of these people that we would just want to punch Dr Brown if we had the chance. You can tell that the court judge was REALLY angry.

Here’s a smiling Dr Brown, from his website – without a worry in the world! 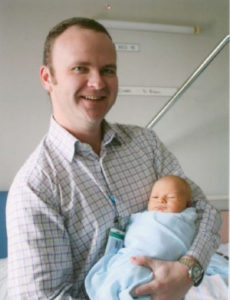 To us this story has so many implications for so many people and organisations – implications that we plan to work on as time allows.

Two of the things that have flabbergasted us the most is that there is nothing about this on Dr Brown’s AHPRA entry or on the NSW Health Care Complaints Commission’s website – nothing to warn you and me about this part of Dr Brown’s track record. Are these one-off breakdowns in the system, or just the way things are working these days?

And how come it’s taken nearly 8 years for this story to become public? Or has it come out in other ways before this?

This entry was posted in The Dr Oliver James Brown story. Bookmark the permalink.